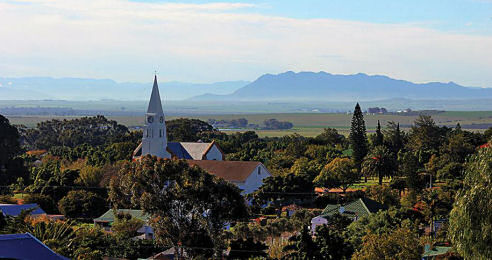 Darling is a small town in a farming area on the west coast region of the Western Cape, about 75 kilometres from Cape Town.

By the beginning of the 18th century about 29 farmers lived in an area called Groenkloof and on one of these farms, Langfontein, Darling was founded in 1853. It was named after Sir Charles Henry Darling who came in 1851 to the Cape as Lieutenant Governor.

The Darling Museum shows the history of the town and the Darling creamery which was established in 1899 by two Swedish settlers, Nils Georg Moller and G. Threnstrom, and was closed in 1950. The museum also holds a collection of large agricultural machines. Darling is famous for its wildflowers and since 1917 the annual Darling Wildflower show is held by the Darling Wildflower Society, founded in 1915 by Mrs Suzanne Malan and Mr Frederick Duckitt of Waylands.

The Darling Wind Farm is situated between Darling and the coastal town of Yzerfontein and it is operational with plans for expansion.

The South African satirist Pieter-Dirk Uys performs many of his shows as Evita Bezuidenhout at Evita se Perron, a cabaret venue and restaurant in Darling. The adjacent arts and crafts market has been taken over in 2006 by the Darling Trust, a charitable organisation which addresses the problems of impoverished communities in the area through the establishment of grassroots projects. The first private school to open its doors in the Swartland area, Darling College, is also situated close to the entrance of the town on the Malmesbury side.

Things To Do In Darling Things To Do On The West Coast 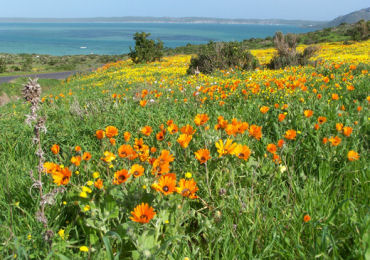